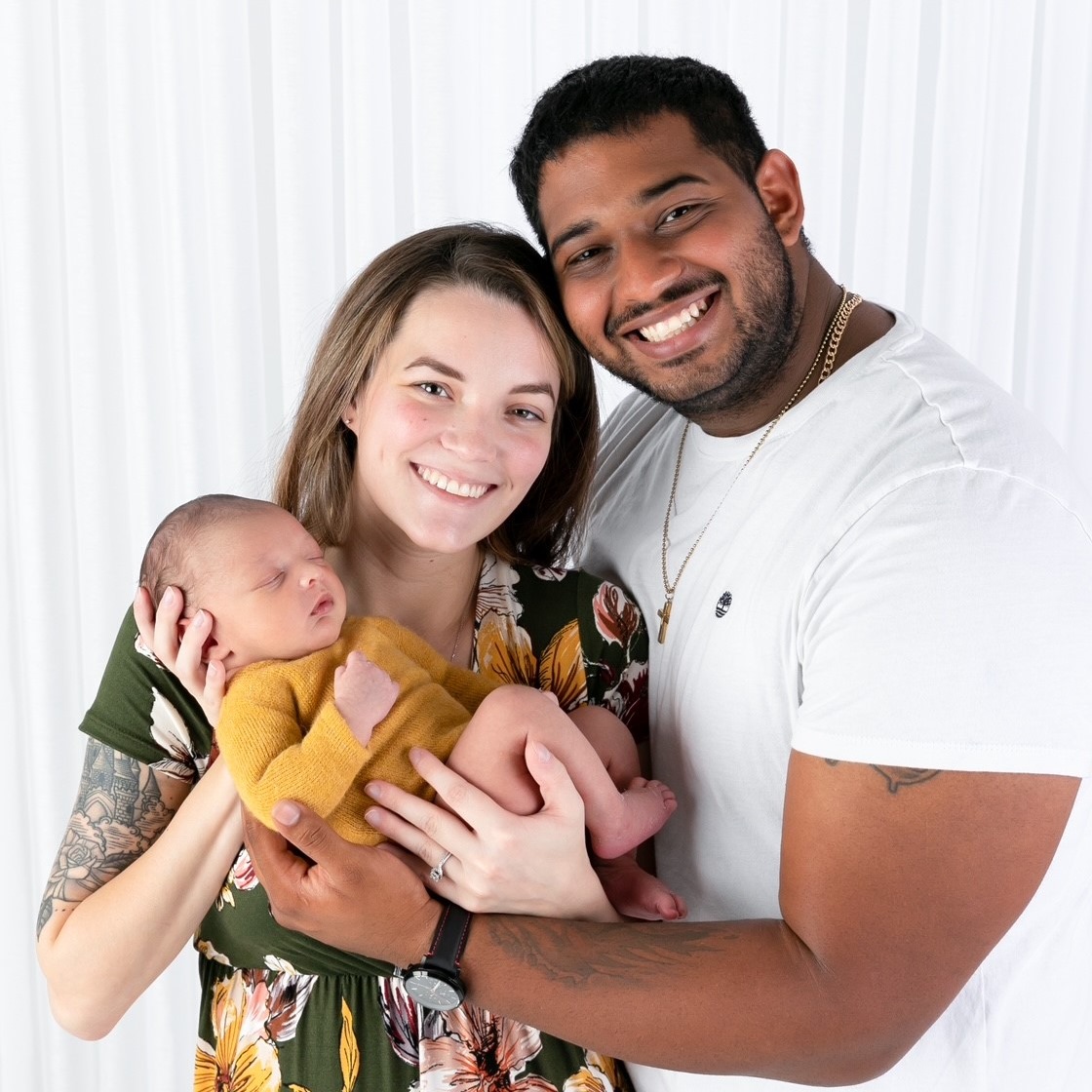 We are honored to present our 2021 David Kenworthy Kerr Award Recipient, Hillary Bhagan! Please join us on the Central/Western OK Chapter Facebook Page on November 3rd at 5:30PM CT to celebrate Hillary!
Hillary was born in Northern New York and was diagnosed with CF at the age of 9 months. Her family began fundraising for the CF Foundation through the Great Strides Walk when she was about two years old and have continued to do so each year.
Hillary’s family moved to Fort Sill, OK prior to her junior year of high school and became involved in the Central/Western OK Chapter. They have been key volunteers for the success of the Lawton Great Strides Walk. In 2017, Hillary graduated from nursing school and began working in Labor and Delivery in Lawton, OK and married the love of her life, Christian.
In December of 2019, Hillary was able to take her first dose of Trikafta. Within five days of taking Trikafta, her lung function went up 14 percent! In September 2020, Hillary and her husband welcomed their son, Christian Bhagan II. She has since gone back to school to earn her Bachelor of Nursing and has recently taken a new position as a school nurse. Hillary continues to thrive taking Trikafta daily and enjoys being a mom!
Real Estate Agent Audra Montgomery has generously committed to donating $2,500 and wishes to challenge others to raise an additional $2,500 for the Central/Western Oklahoma Chapter and the mission of the CF Foundation through December 31, 2021.

BID FOR A CURE SUPPORTER: