Join us on sample date
Laney Siems
My name is Laney Siems. I am 25 years old and was diagnosed with cystic fibrosis when I was five months old. I am currently living in New York City with a job at Single Platform and I love it! I have had to think about my future and what it holds for me. I used to get nervous about this next chapter in my life but, with research getting better every day and the breakthrough of drugs like Orkambi and Symdeko, my worries about the future have become a little less stressful. Although things are progressing, we are nowhere near finished with this fight for a cure. Thank you so much for all you have done for me and the foundation. Also, thank you to the foundation and my doctors for all their support and hard work.

With your help, we have gained tremendous momentum in our quest for breakthroughs in treatment and care, and we are truly making a difference in the lives of people with CF. This is a reality because of events like Feastival, and you! We are humbled and grateful for your tremendous and continued support of the Cystic Fibrosis Foundation. 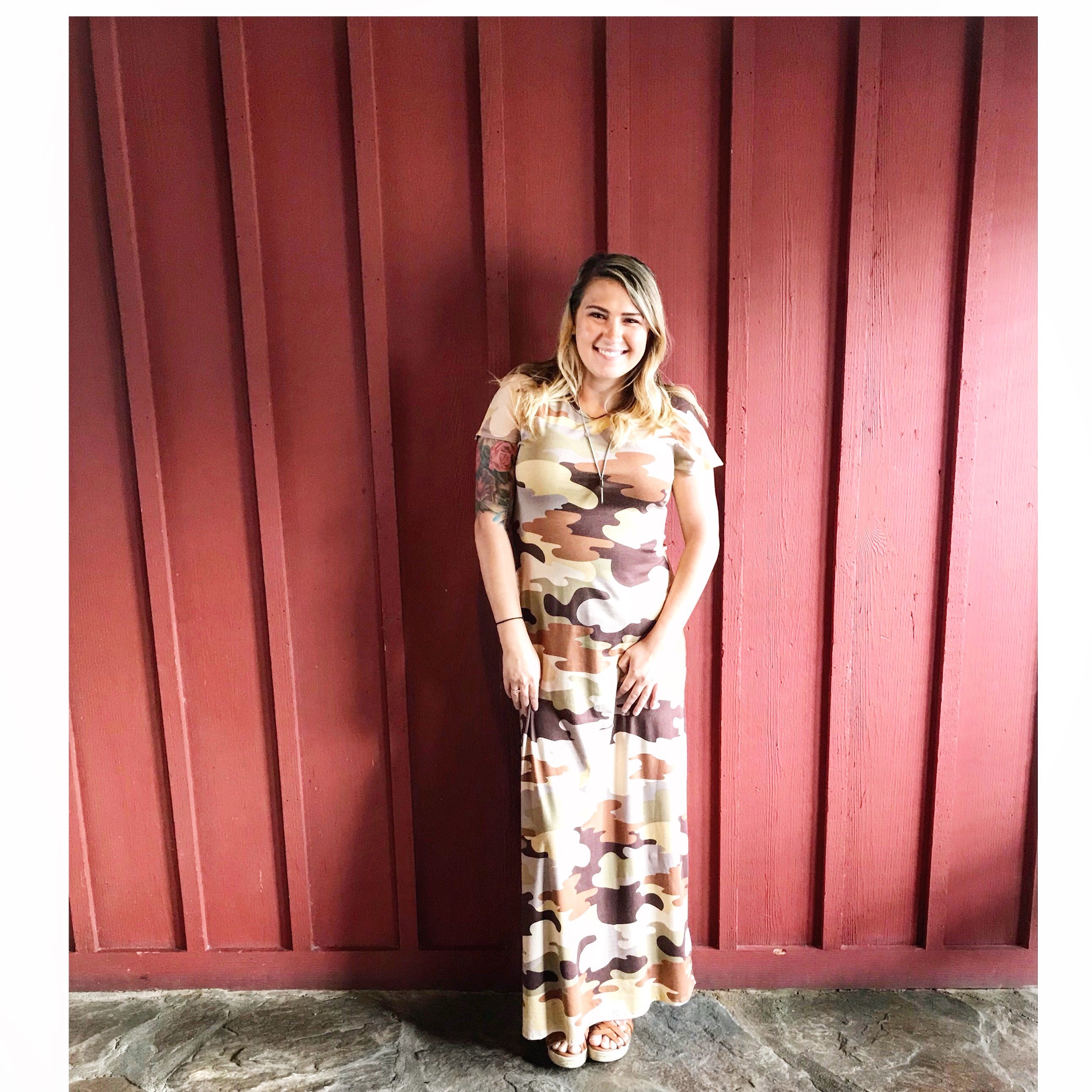 months old. I am in the chapter of my life where I try every day to better myself for my wellbeing. Whether that be sleeping an extra few hours, doubling up on my treatments or going to the gym. I am at a crucial age where taking care of myself must come first. I used to get anxious about this chapter of my life but now I can truly just smile about it and thank all of my supporters for always pushing me to do everything that was needed to survive. For my age my lung function is great and I cherish that every day. With today’s research and break throughs in treatments and drugs, I am able to breathe a little bit easier. Hopefully within the next few years I will be able to take a drug like Orkambi and Symdeko, a part of the triple combination for a longer, healthier life. I like to volunteer for the CF Foundation and participate in great events, just like Feastival to raise funds for more research. Being a CF advocate, raising awareness and funds, to hopefully change my life and that of others with CF. We still have a lot of work to do, but we are well on our way to life-changing treatments and hopefully, a cure! Please join me on this journey and make a difference.

Kaite Rose Broadhurst
Kaite Rose is a dancing giggle fest! Diagnosed with Cystic Fibrosis at 3 months, she is the only one of her huge 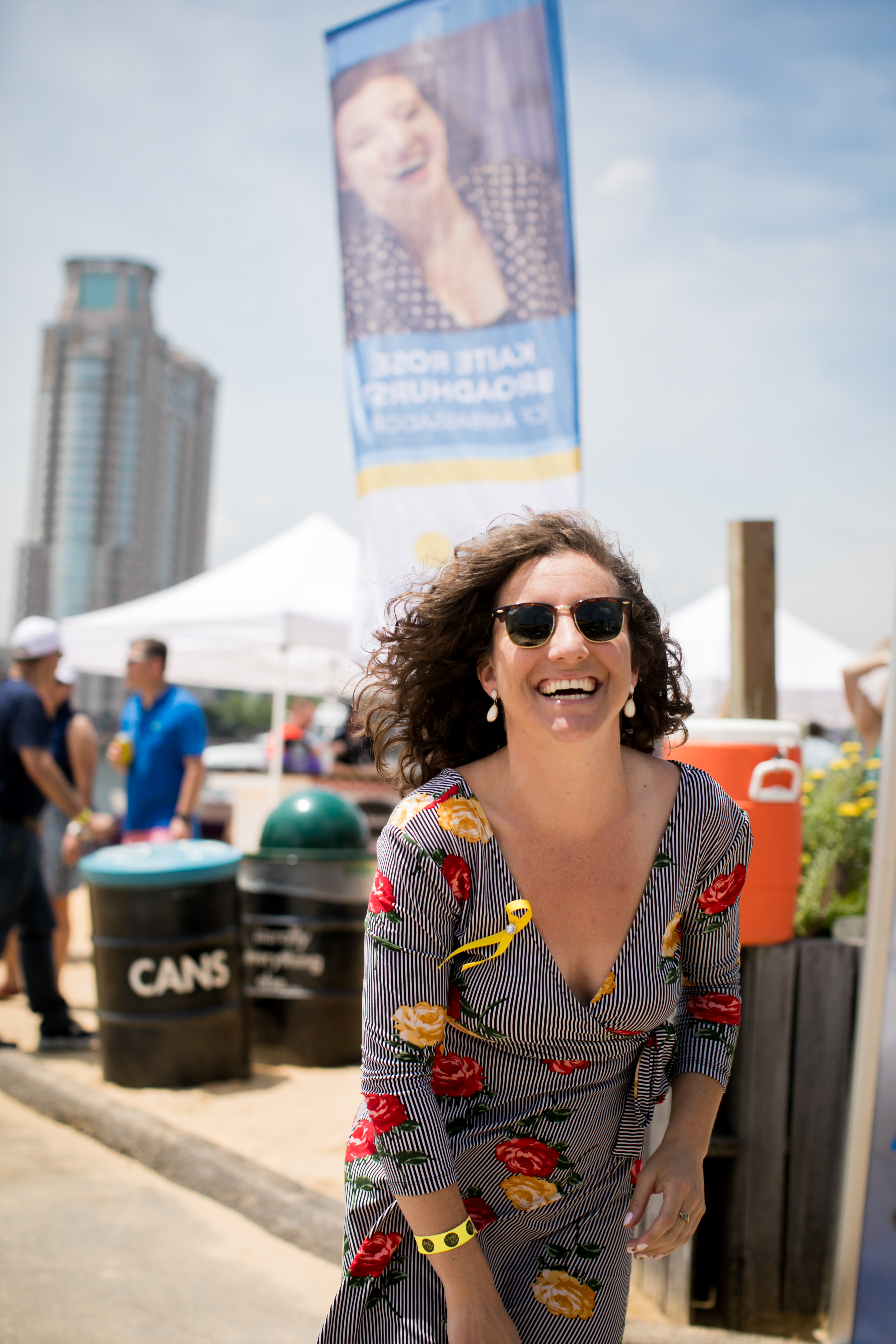 extended family to have the disease. With such a close and loving family, her childhood was chaotic and exciting! And her parents never let her miss any treatments. Finding time for routine in the midst of chaos set the foundation of how important daily care was for health, happiness and maintaining the ability to pursue her dreams.

Originally from Philadelphia, Kaite Rose was one of the first patients to be blessed with the vest from DuPont Hospital for Children. This innovative machine gave her the independence to do her treatments without having to depend on her parents’ to get home from work. This changed everything. She was now able to maintain her health and medical routine without missing a beat with her busy school and sport schedule. This life changer kept her healthy and happy as she ran track in high school and college. After she graduated Neumann University with her Bachelor of Arts in Communications, she realized maintaining her health would be more difficult without an organized sport to keep her in check. So when she was offered a spot on the original Team CF Cycling Team, she was ecstatic! As a competitive mountain bike cyclist, she found her passion promoting healthy active living for people living with Cystic Fibrosis! The experience also left her a bit of an adrenaline junkie! Since graduating from Neumann University, she has run a marathon, cycled from London to Paris with her Dad and took up rock climbing!

Today, Kaite Rose is excited to continue her work with the Cystic Fibrosis Foundation, especially in the time of Social Media where she can connect with CF’ers around the world! The Cystic Fibrosis Foundation is SO CLOSE TO A CURE and it’s thanks to people like you and events like this! She wants to send a big hug and a huge ‘THANK YOU’ to anyone who has donated in the past, plans on donating today or in the future! Every dollar that goes to the Cystic Fibrosis Foundation has helped fund not only to research for a cure to extend the lives of those with CF, but treatments that make the quality of lives of those living with CF a little more manageable and a whole lot more enjoyable and fulfilling! We aren’t there yet, but we can see the finish line! Let’s sprint! 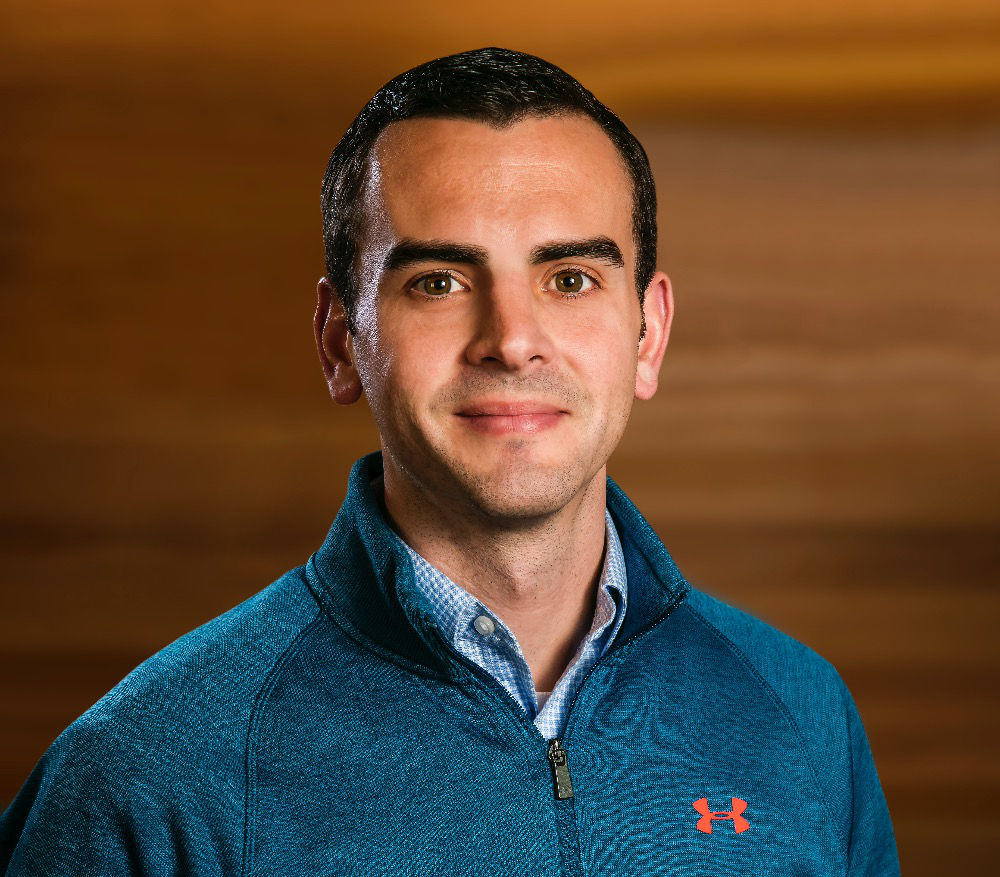 With a humble and grateful perspective, Jeff Breslin has dedicated the past 15 years of his life to nonprofit management and corporate philanthropy. He has created, launched, and managed projects with the Cal Ripken, Sr. Foundation, Under Armour, and the Boys & Girls Clubs of Metropolitan Baltimore. Projects included investments of more than $12M in Baltimore area nonprofit organizations as well as initiatives in more than 40 states and 6 countries. Mr. Breslin is currently the Chief Executive of the Boys & Girls Clubs of Metropolitan Baltimore – a youth development organization reaching more than 500 young people across Baltimore. 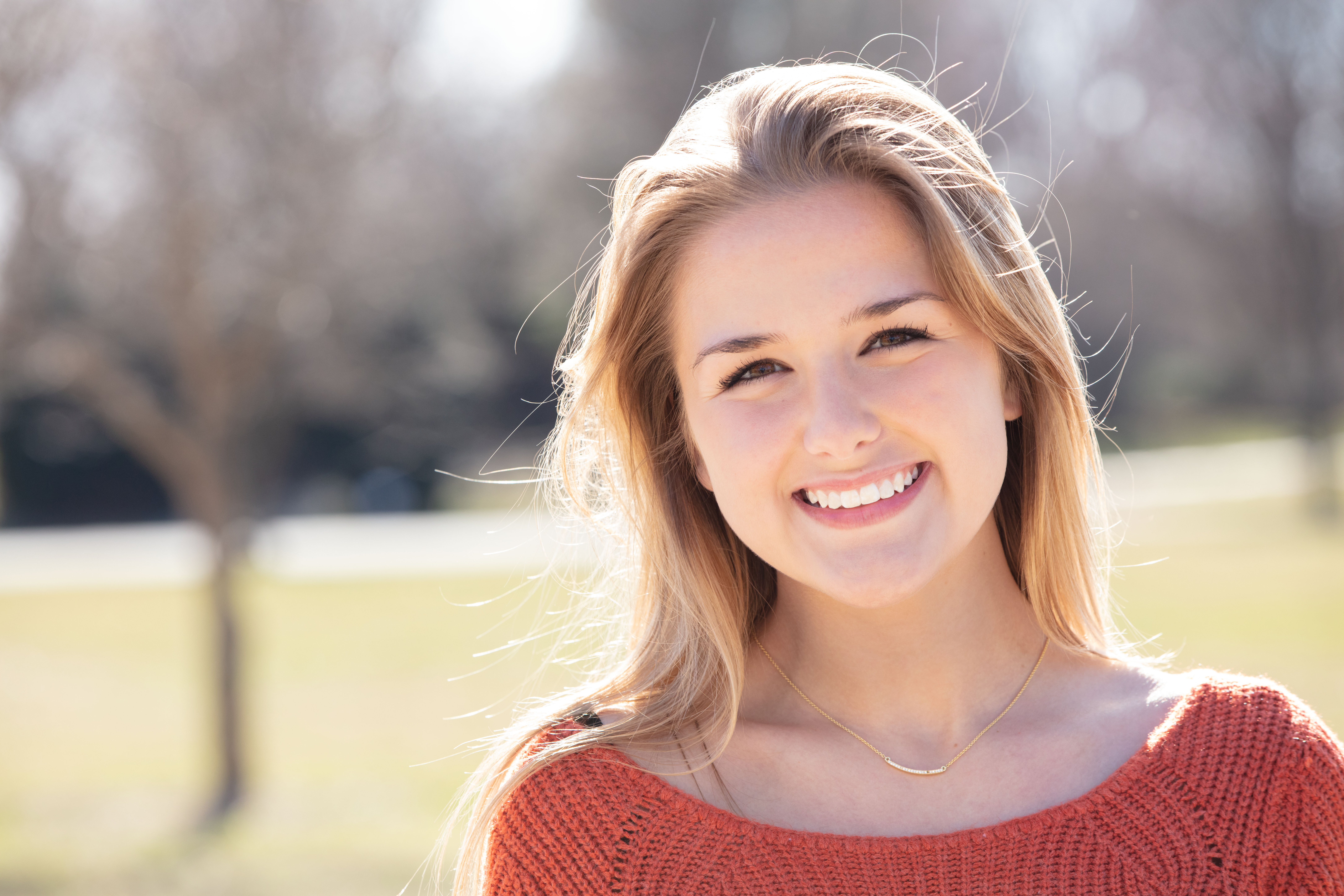 Hi! My name is Ruby Steuart and I’m 20 years old. I was diagnosed with cystic fibrosis when I was 18 months old. I’m currently a student at the University of Maryland, studying physiology and neurobiology. Once I graduate with my bachelor’s degree, I am planning on getting my master’s degree and becoming a physician assistant! The hospital has always been a safe place for me and ever since I can remember, I have had a great admiration for my entire care team. I want to help others the way they have helped me! I am part of the 10%. The 10% who cannot take the life-changing, “miracle drug”, Trikafta, which was approved in October 2019. It’s easy to assume that I would feel sad, not being able to take the drug, but the truth is that I am not sad at all. Watching this drug absolutely transform some of my closest CF friend’s lives has been incredible! I can’t help but feel overjoyed. I KNOW, without a shadow of doubt, that the Cystic Fibrosis Foundation will NOT forget us! The CFF is working tirelessly to develop a drug that treats the underlying cause of CF in our 10%, and a cure for all. I could not feel more confident knowing that my life is in the hands of the Cystic Fibrosis Foundation!

Throughout the years, my passion as a CF advocate has truly gone through the roof! My favorite day of the year is walking with my team, Team Fireworks, at the Great Strides Walk in Annapolis. I also jump at every possible opportunity to raise awareness for CF as well as participate in as many clinical trials as I can. I love fighting this fight against CF with the most amazing people, doctors, and researchers by my side. We are blessed to have people like you, so readily eager to support research and advancements in finding a cure for cystic fibrosis. Thank you to the Cystic Fibrosis Foundation for everything you have done and continue to do! Now let’s finish this fight! 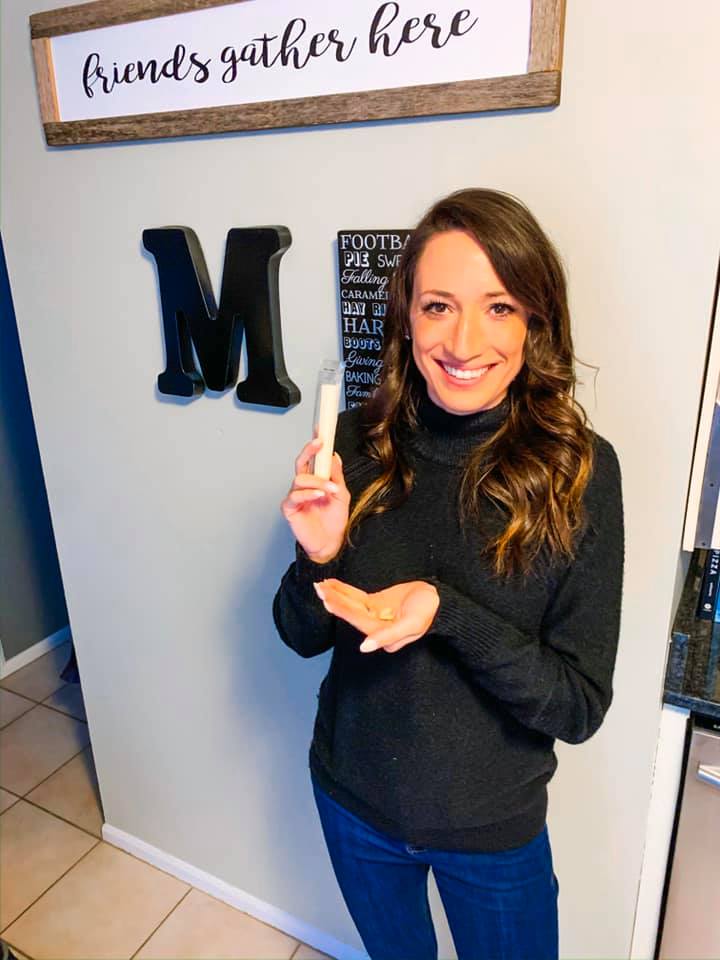 My name is Catie Marucci, I have suffered with Cystic Fibrosis my entire life. I was born on September 14, 1991 and was diagnosed on April 1, 1992. Unfortunately it was not an April Fools joke. My parents were told by doctors that I wouldn’t live past my 13th birthday. That was the average life span of someone born with CF at that time. Since I was born I’ve been in and out of the hospital, had too many doctors appointments to even count, my lung function was all over the place getting as low as 55%.

However, thanks to the money raised for research through fundraisers like Feastival, I am now 28 years old, a college graduate, recently married to the man of my dreams, and working full time in a career that I love in medical sales. I wanted to become an ambassador this year for CF to spread awareness about this disease and the importance of fundraising for this cause. We won’t stop until CF stand for Cure Found!