Join us on sample date
Sixty-five is a special number to the Foundation. In 1965, Mary G. Weiss, mother of three sons with CF, was tirelessly making phone calls seeking financial support for CF research. Her observant four-year-old son, Ricky, listened closely as she made each call. After several calls, Ricky informed his mother that he knew what she was working for. With some trepidation, Mary asked, “What am I working for, Ricky?” He answered, “You are working for 65 Roses.” Since 1965, the term “65 Roses” has been used by children of all ages to describe their disease. 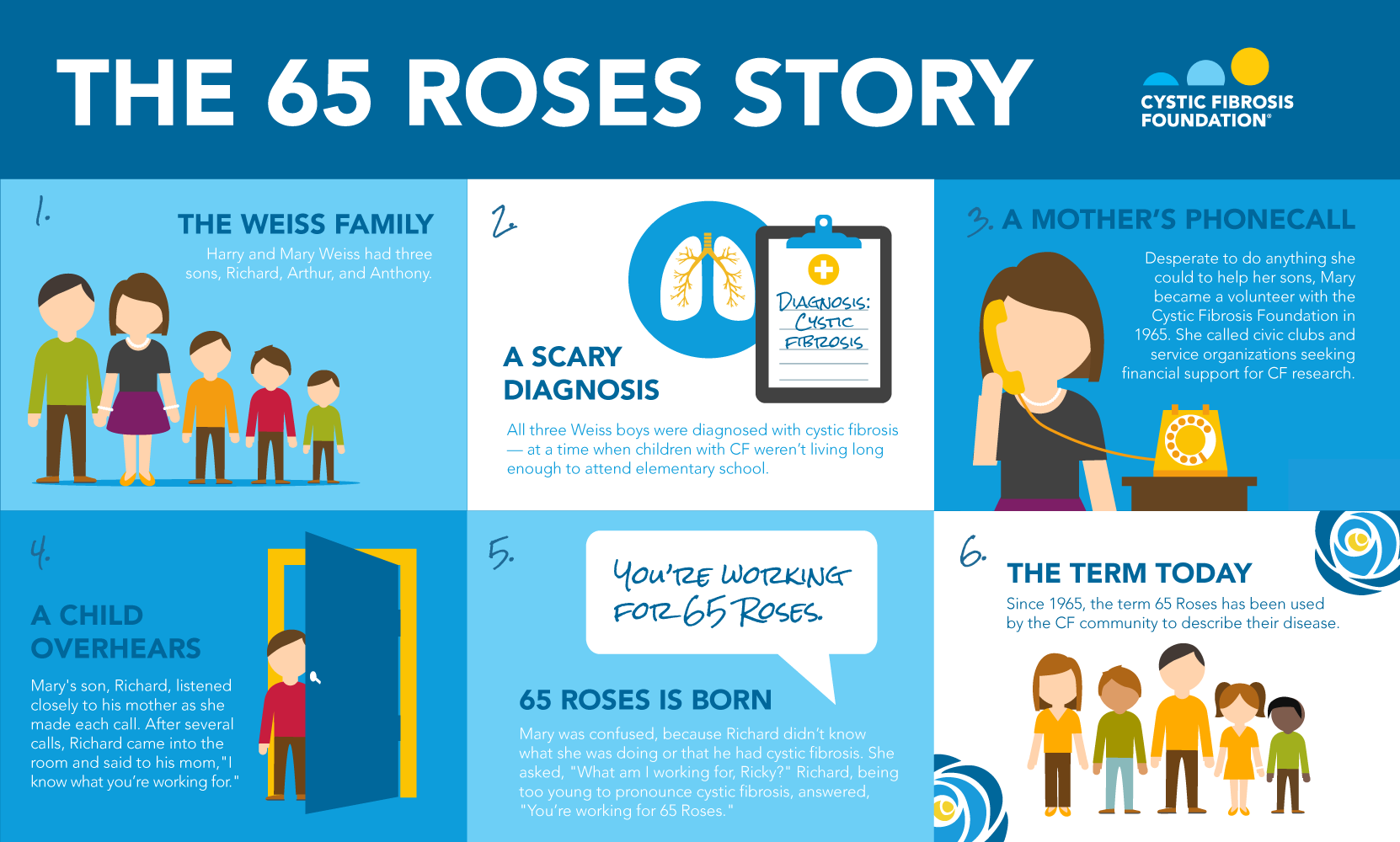